"Kedaulatan Undang-undang"- A JOKE for the "Godman"?

Let me get this right:-
. First, we have legal marriages registered under the civil law as per the FC for non-Muslims.
. Then we have Islamic officers unilaterally nullifying that marriage when a spouse embraces Islam.
. Then we have courts granting custodial rights to a mother.
. The Islamic officers then decide to subvert that by alleging that it is the "duty" of the estranged Muslim spouse to convert the children without the consent of the custodian.
Later, they would say that the non-Muslim mother is unfit to bring up the kids becos she is ... well- "Kafir" - and so allow the Muslim spouse to take custody.
So basically what this means is that our legal system isn't worth crap- as and when the Islamic officers decide to get involved?
And the clowns who sit in cabinet, judiciary, AGC - have they no sense of shame too when they are shown the middle-finger by a "religious" bureaucrat?
What about all those politicians who were talking about your civil rights lately?
What about all those who went to town with the "Hudud Scare" during the last campaign season?
Whatever happened to those who said that Islamic laws will not affect Non-Muslims?
Sometimes I wonder what kind of "Morality" these people preach when they condone (read "Promote") deceit.
And these are the very same people who complain about "ISLAMOPHOBIA"!!
PS
First we had people declared Muslims on their ICs.
Then, we had body-snatching (meaning, asset-snatching too) controversies ...
Then we had the Al-Kitab snatching, followed by the "Allah" banning.
Now we have cradle-snatching controversies!
No comments from me on the child-marriages, polygamy or the caning of women (private or public)- that's not my business, if they say so- although I do wonder what their moral bearings are.
I just wonder what the "next big surprise" our 1-PM's Govt has in store for us Non-Muslims.
Posted by Cruzeiro at 18:40 10 comments:

COMMENT : We have two new faces at the Office,

one a newly minted (out of old and used materials) Minister of Home Affairs and  the other a fresh Inspector General of Police in the mould of his much despised predecessor twice removed Tan Sri Musa Hassan.

Both are desperate to make an impact on the political scene by using an antiquated Sedition Act against irate citizens, civil society activists, and dissidents who are unhappy with the way GE-13 was handled by the Election Commission. 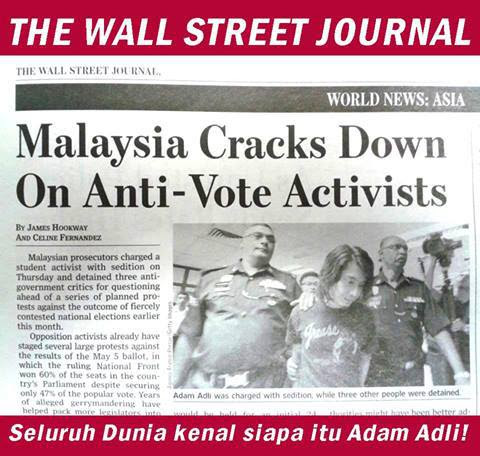 Only a wounded tiger behaves in this manner.Bishop Paul has raised the prospect of more crackdowns against those dare speak against injustice and good governance. The good Bishop said it aptly: “…these arrests are an unnerving reminder that bad law is unjust and encourages evil enforcement”. If that is the case, citizens have the right to express their dissatisfaction by peaceful demonstration against abuse of the Law for political ends.

The Holy Koran enjoins Muslims to do the right and forbid the wrong :

And the believers , men and women , are protecting friends one of another; they enjoin the right and forbid the wrong , and they establish worship and they pay the poor-due , and they obey Allah and His messenger . As for these , Allah will have mercy on them . Lo! Allah is Mighty , Wise .–Verse 71, Surah At-Taubah

Since May 5, 2013, the Prime Minister has been completely silent. He talks of a national reconciliation yet he allows the suppression of political expression and makes a mockery of his transformation agenda.

Transformation is just economic but also social and political enlightenment. Development, transformation and democracy are inseparable facets of freedom and liberation of the Malaysian mindset.

Bishop Paul says, “Christian teaching required its followers to uphold justice, promote equality and oppose the violation of human rights”. Not just Christians, dear Bishop, all Malaysians should stand up for what is rigtht and reject what is wrong for the good of Malaysia.–Din Merican

Catholic Bishop Dr Paul Tan Chee Ing said the latest arrests under the Sedition Act were for him “an eerie reminder of Operation Lalang” – the October 1987 detentions under the draconian Internal Security Act (ISA) of more than 100 opposition and social activists.

“I hope I’m wrong but these arrests are an unnerving reminder that bad law is unjust and encourages evil enforcement,” said the head of the Catholic Church in the Melaka-Johor diocese who as a priest in Kuala Lumpur in 1987 was informed by the Special Branch then that he was on the list of religious activists – the others were French priest Pierre Gautier and La Salle Brother Anthony Rogers – marked for arrest.

Anthony Rogers, then an aide to Gautier in the Office of Human Development in the Catholic archdiocese of Kuala Lumpur, was taken in under the ISA dragnet that year but Jesuit-trained Paul Tan and Gautier were left unscathed.

“That was one of the darkest chapters of our history,” said Bishop Paul, in reference to the period when several score political and social activists were detained under the ISA and held in Kamunting for periods from a few months to a few years.

“The Sedition Act is an antiquated law that should, like the ISA, have been consigned to the dustbin of history,” opined the prelate in remarks to Malaysiakini. 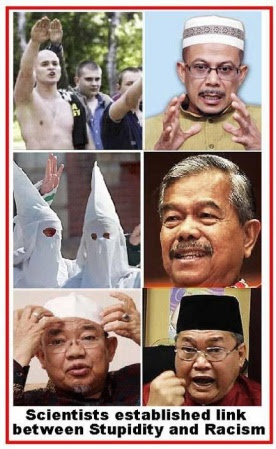 it appears that the forces of darkness and forces of light are in contention in this country once again and right now, judging from the trend of the last few days, one is gaining the upper hand over the other,” asserted Bishop Paul.

“Heaven forbid that this should come to pass,” he remarked. “It would be most unfortunate if the forces for retrogression gain the upper hand for that would mean that this country will slide back into the quagmire from which the forces of progress have struggled to free us,” he declared.

The Bishop reiterated that Christian teaching required its followers to uphold justice, promote equality and oppose the violation of human rights.